And I will leave you with this brilliant artist's make up tutorial...

Birthday girl, Mel was taken to the event without knowing what was going on. This made her shiver with Antici...
﻿
﻿

So without further ado, let me show you my favourite obsession.
I've been making a cake with red lace and a corset
And it's good for relieving your... hunger. 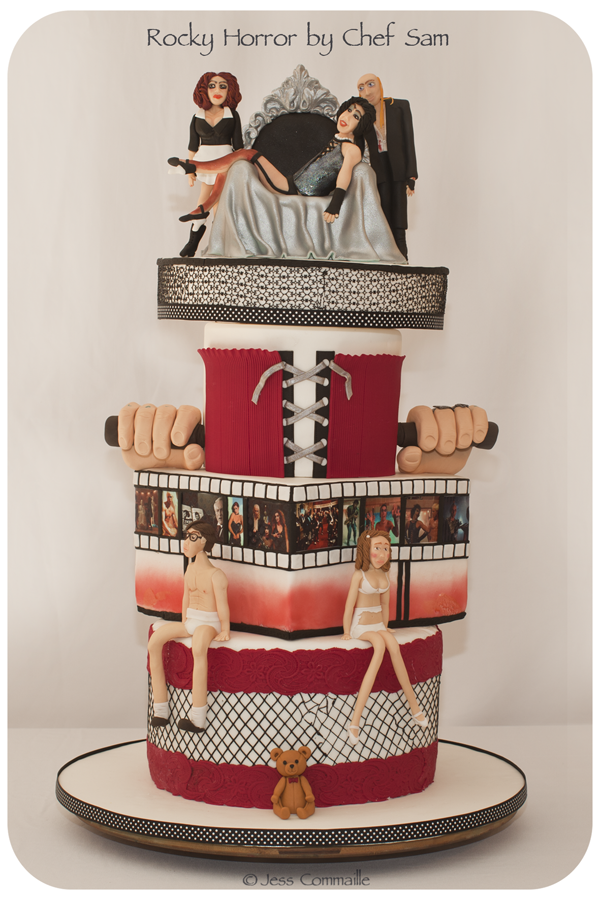 This sweet little thing beat the other girls to the bride's bouquet...

But her chocolate cake is good! 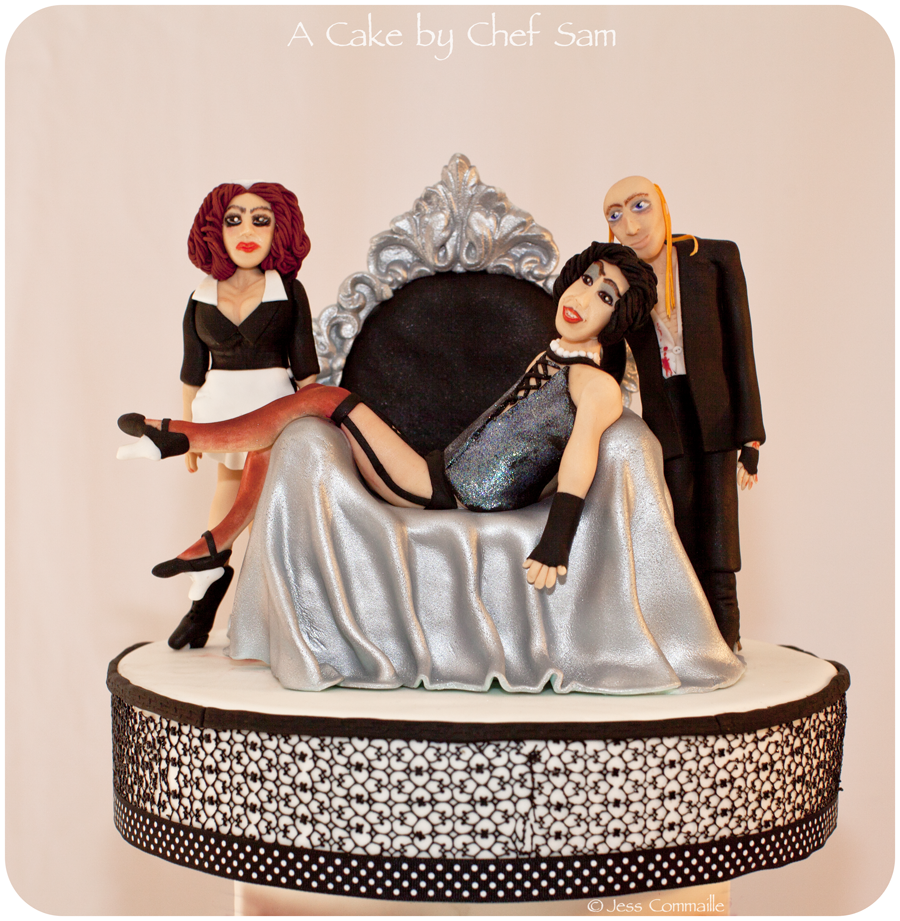 I see you've met my faithful handyman, but let me introduce you to Magenta...

﻿
"With a bit of a mind flip
You're there in the time slip
And nothing can ever be the same
You're spaced out on sensation, like you're under sedation
Let's do the Time Warp again!"

"I'm outta my head, O hurry or I may be dead.
They mustn't carry out their evil deeds..." 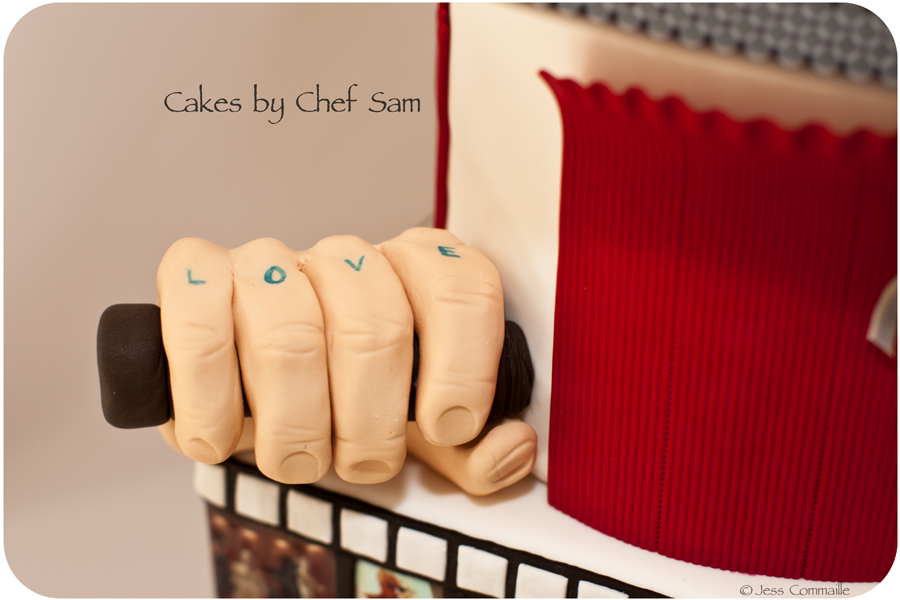 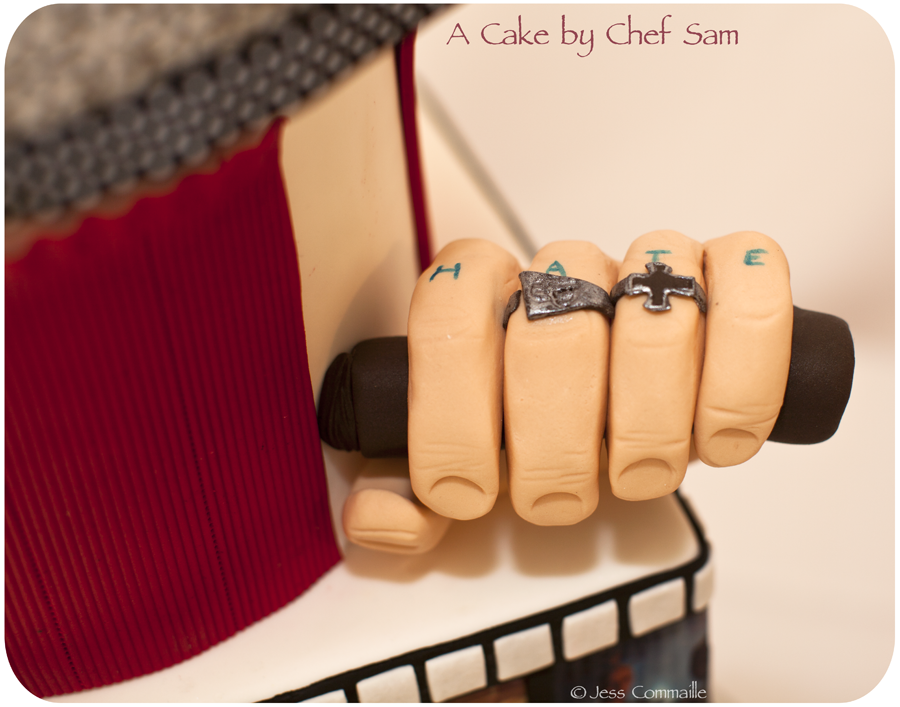 Why don't ya stay for the night, and maybe a bite...

Lyrics sourced from ST Lyrics
Posted by Unknown at 10:06 No comments: 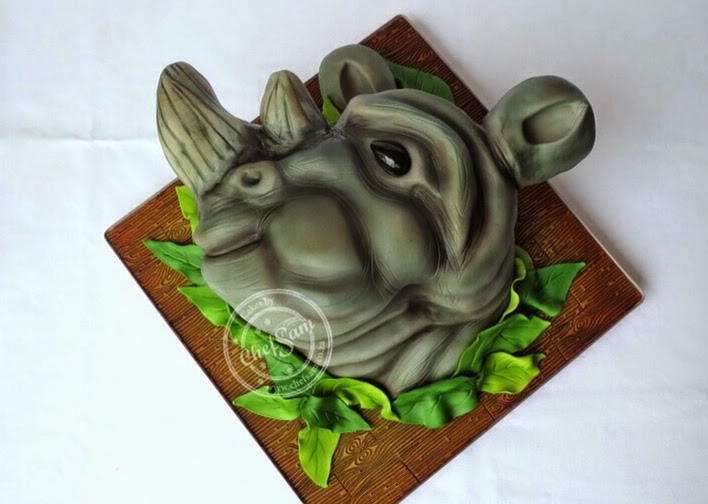 This was a 40th birthday cake for a man.
They held the celebration at a Game reserve.
I tried very hard not to make it look like it was a ‘trophy head’, and rather that it was peeping out of the bushes! 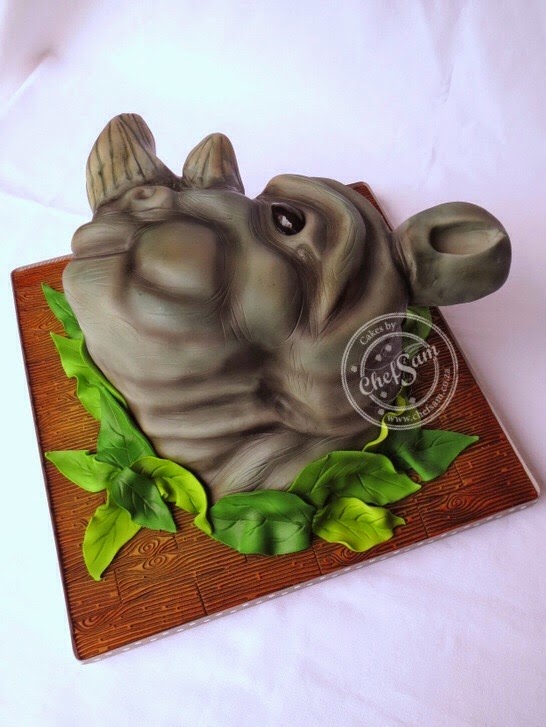 To get his eye to look more realistic, instead of painting the reflection with white paint, I brushed the whole eye with piping gel mixed with a few drops of alcohol. This way, there was a natural reflection.

I carved the basic shape of this cake and then I used 'cake pop mixture' (I like to call it 'reconstituted' cake!) to accentuate the lumps and bumps. I covered it with white fondant and layered on colours with an airbrush.
The horns and the ear are cereal treats covered in chocolate and fondant. They are held in with skewers and stuck on with chocolate.

The fine wrinkles are made using a veining tool.
The shadows are sprayed on with an airbrush, but a similar effect can be accomplished using food colour dusting powders and a big (make up) blush brush.

The leaves are all hand cut, detailed with a veining tool and finished off with airbrush shadowing.

I will leave you with this Flight of the Concords song:

Being a passion-driven business, cake decorating is sometimes a difficult career to follow because of the fact that generally, consumers don't really want to pay a big price for something that is eaten in a few fleeting moments.

It is definitely considered a luxury to purchase a piece of edible art.

I've done a bit of research* and found the following to be current South African statistics for some common luxuries:
These are just a few consumables that are very short-lived, but add to the quality of our lives. I'm sure there are many more luxuries we indulge in that are important to us individually, so we can live happy lives.


The average price for a one-of-a-kind cake with matching cupcakes, purpose designed just for your
child, for 1 day in a year is R 1000 -R 2000. (This is a rough estimate, as this depends on personal choice and size.)
We'll take a look, now at what that means for you,  the consumer:
Yes, that moment is fleeting, and that money could be saved for something more important, but if you look at all the other luxuries we indulge in, this is one small price to pay for more than a spoonful of happiness.

Sun and Moon Cakes in a Nutshell by Chef Sam

Two sweet little themes, ideal for first birthdays,
but they also make good baby shower themes.
In muted pastels, these are very effective for a calm and beautiful event. ﻿

Watch this beautiful video and song by Eric Herman: The Tale of the Sun and the Moon

Cat cakes in a Nutshell by Chef Sam

Every dog has it's day, every cat has it's way!

Princess cakes in a Nutshell by Chef Sam

Every little girl would love to be a princess! Flowing dresses, Beautiful jewels and Handsome princes!
Here are a few Chef Sam princessy creations from the years past!


I hope you enjoyed this rendition of 'Cakes in a Nutshell' by Chef Sam! ;)